But MO-OM I don't wanna go to school 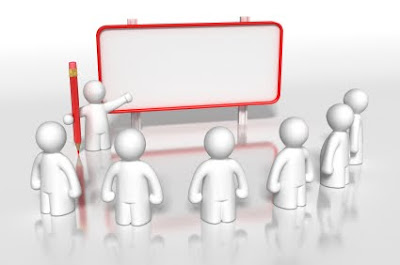 This is echoing through my head as I prepare for my last class of the semester and enroll for my next semester in the seemingly never-ending pursuit of my master's degree. I'm feeling particularly anti-school today because I have a group project (collective groan from all my fellow-suffering grad students) due next weekend.

I work in groups all the time at my office. In fact, I rarely do anything completely alone and thrive from collective brainstorming, consensus building, and co-authoring of written materials. I would NEVER complete something without getting someone else to weigh in...it just sharpens my process and final deliverable.

But at school, with people who just aren't motivated or interested in participating, I'm sick of the group project. Just leave me alone to do my reading, writing, and class participation without the rest of you, thank you very much.

This weekend I must complete my own final paper on "Leading Change" which is more complicated than it sounds because it's about applying the soft sciences to the much more defined workplace environment. A study of human behavior within an organization. I, of course, am using the MERGER as my topic, which adds to the complexity as I AM LIVING THIS EVERY DAY. And while it is great to have the professor tell you to write the paper like you are EMPOWERED to make the change happen as you need it to...it's pretty frustrating to then go into the office and have little to no power at all.

But back to the group.

They bug me. And not ladybug bug, but more like spider bug.

The two "men" in my group seem like they are barely old enough to have graduated high school, much less college and have had little to no interest in making a real effort since the professor shared his grading philosophy of never giving less than a B. Well that's great for all of us who need a B or higher to get tuition reimbursement (professor's reasoning), but what about the group that is hauling around these two teenagers like a couple of bowling balls.

Next week we will have one hour to complete our group project, then we have to do a 45 minute role-play exercise. Ugh. Ugh. Ugh.

I spent the last 3 hours orchestrating the whole thing on paper with role descriptions, class participation notes, and scene by scene breakdown aligned with 75% of the change management tools we've learned about in class.

Hmmmmm.
Posted by Wenderina at 9:00 AM

I loathe group projects--yet, as a teacher, I can see the value. Accountability is key.

I'm a teacher too, and like Jenn, I really dislike group projects but can see the value of them. I prefer working on my own because I know I can depend on myself. Besides, I am totally convinced that my ideas are always way better than anybody else's!

I always hated group projects. They're like team-building exercises, but worse.

If you sit in the back of the room and pick your nose, will you post a photo? :)

You're my hero. Whatever frustrations you encounter, soldier on!

Did I mention you're my hero?

I hate group projects so.very.much. For me, the value of them was they taught me how much I hate working in a group. Hee.