Can you hear my heart breaking? 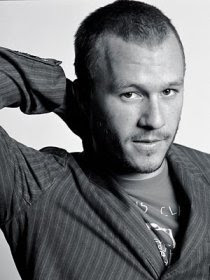 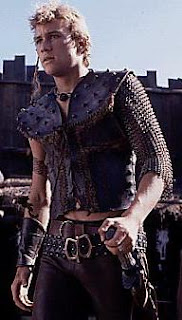 The show was awful, just awful. But there was something totally riveting about the young star. He had a velvet voice and a smile a mile wide, and he ate the lens of the camera. 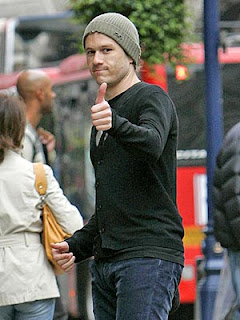 After the show ended he began to pop up in a variety of movies - some fun, some entertaining, and then it all broke wide open (pun not intended) with that little movie - Brokeback Mountain.


Today, that life and talent ended with a young man, found naked in bed, surrounded by pills, in an apartment in SoHo. I'm making no assumptions, no judgments, no second guesses.

I'm just sad this sweet boy is gone.
Posted by Wenderina at 10:20 PM

Did you ever think you could be so taken with someone after what he did with Jake Gyllenhal in Brokeback?

My heart's kinda breaking too Wenders.

Wanda - thanks for the new variation on my nickname.

As for the Jake and Heath love scenes, it never really bothered me. I was so touched by their inner turmoil that it turned off my "turn off" if you know what I mean.

I was shocked at how upset I was when I heard the news on NPR this afternoon.

We just watched "A Knight's Tale" the other day.

I know exactly what you mean by your "turn off being turned off." He was truly brilliant in that part, and that movie made you feel the heartbreak so intensely.

I was shocked when I heard this. So young, how sad.

He was so marvelously talented, something you don't see much of today. My heart aches for his family and most of all his daughter....