Is it OK to FEEL like I'm doing OK?

The title of my blog is Anxious Moments because, well, I have anxiety issues.  Nothing so far that I would describe as debilitating, or clinical, but it is definitely part of my personality DNA.  I have a lot of self-doubts...which sometimes rear their ugly heads and cause me a sleepless night, a little acid reflux, a little tension. 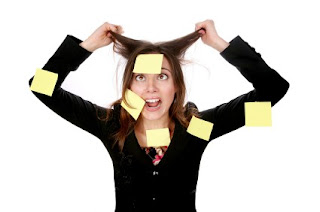 The last few days I've been having some back and forth communications with my CEO.  While he is always polite, he is also very direct, and I could tell he had some questions...you know those questions that come up that say, "What the hell????"  or "Why the hell????"   Questions you don't want your CEO asking.

He has been traveling internationally, so with communications primarily by email, I spent time formulating some thoughtful replies.  Today, I arrived to office to see this:
~~~~~~~~~~

You are just one of the best humans on the planet…You explain things so well…no wonder you have the job you do! Thanks! CEO
~~~~~~~~~~


Wow!  I'm one of the best humans on the planet?

So, feeling a little full of myself - unusual for a woman usually filled with doubt, not praise -- first thing I did was forward it to my direct boss.

FYI. Response from CEO today after I gave him answers to some concerns about company store.  Based on his note, I’m not sure you appreciate me enough.

That's over the top praise!
I think you are terrific but I would fall short of suggesting you are one of the best humans on the planet:)
Rockland County, I'm sure!
~~~~~~~~~~

And about 20 minutes later, I looked at my pile of work...and became suddenly ANXIOUS that I wouldn't be able to deliver on my promises and would lose my "best human on planet" status.

SIDE NOTE:  Still on WW and have made it through 6 consecutive days of walking in morning before work!  Not getting up any earlier...and some days it's been a real argument inside my head...but doing it!
Posted by Wenderina at 6:27 PM